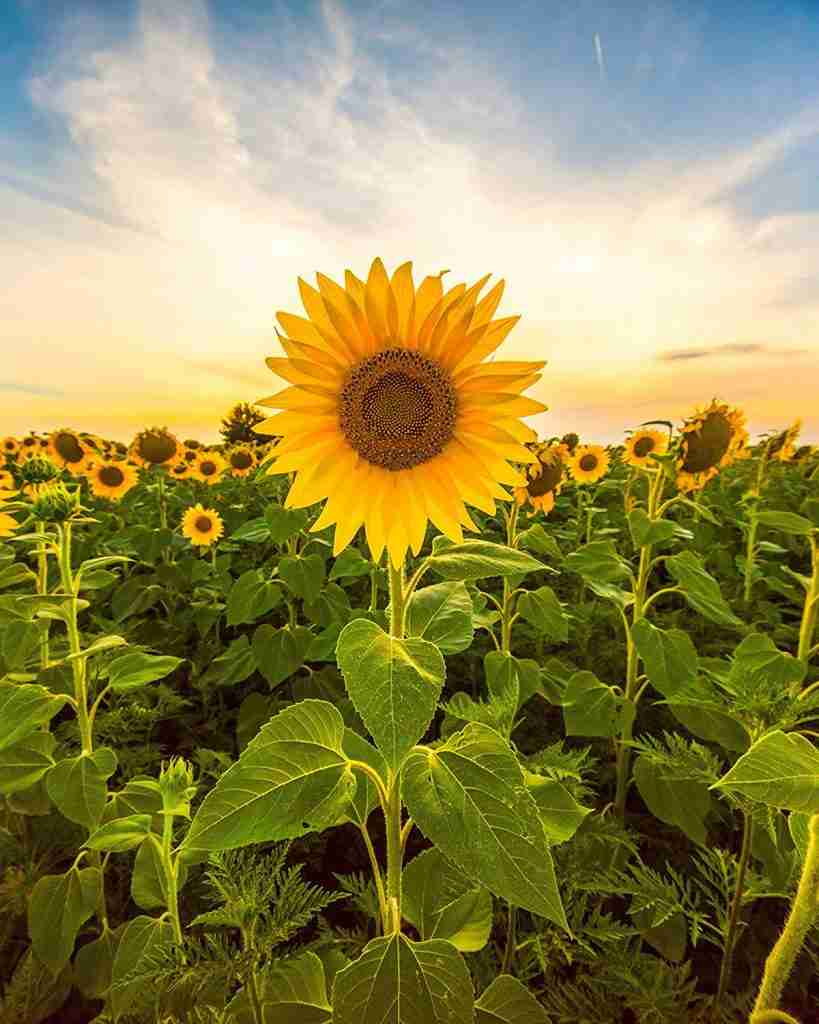 Pale Face, Forked Tongue, Wasichu* i.e. Fat Taker: Thoughts On Being Slandered (Prepared for, though not delivered, at a gathering at First Congregational Church in Berkeley, California). April 2022.

It has occurred to me that the best way to engage the charge of anti-Semitism is to confront it in a public forum.  This is such a space.  Thank you for being here and please do me the courtesy of listening as if our lives depend on what we share; they might.  For we are living in the most volatile and unpredictable era humanity, to our imperfect knowledge, has ever seen.

During the Q & A I will do my best to be an Elder you can trust. I have no fear for my life, my reputation, or my legacy.  In fact, in my view no one need worry about being remembered.  Walk anywhere on the earth and you understand that earlier humans, who lived here, whatever their contributions and gifts, are forever gone.

I believe the charge against me, mostly from anonymous sources – except of course from the always truthful Alan (I kept my shorts on) Dershowitz, who also accuses Bernie Sanders of being anti-Semitic – is a ploy to shut down my webpage blog: alicewalkersgarden.com.  I believe the pretext will be that I am endorsing David Icke, considered an anti-Semite for espousing theories of human evolution and control that appear unacceptable; and for describing some of our ancestors as descendants of reptilians from another galaxy.

Why would my webpage be shut down?  Because I regularly post disturbing photos and videos from an Israeli peace activist friend, Nurit Peled-Elhanan, that graphically expose what is being done to the people and especially to the children of Palestine by the Israeli government and its soldiers.

I have been to Gaza and also the West Bank. My companions and I were forcibly turned back when we tried to enter Gaza by sea, carrying letters of love and support to children who are terrorized every moment of their lives. I know what Israeli occupation and apartheid looks like on the ground.  It is terrifying, and lethal.

Not since my earliest days in the racist battlefield of the American South, and especially of Mississippi, where I lived for seven years, (with a courageous Jewish American husband) had I experienced such terror.  Not as much for myself, as an American, as for the local Palestinians wherever I went.  Treated more inhumanely than most Americans – unfamiliar with the former apartheid system in the American South – can imagine.  And in fact, treated a thousand times worse. They are living in hell.

David Icke whom I consider a teacher and a friend, a man who has more nerve than anyone I’ve ever encountered, except perhaps Fidel Castro, is being used as a pretext to control my persistent effort to awaken Americans, who give Israel each year- for weapons that terrorize, mutilate, and murder adults and children- more money than working class Americans, collectively, earn.

There is a story that comes to mind about this friendship, more accurately spiritship, with Icke (whom I have conversed with only once) which may seem peculiar to many, and was actually odd to me, in the beginning of reading his very dense, heavily researched, books. I have always adored mythology, and for a time I never considered his theories anything else. Though introducing me to the South African Shaman Credo Mutwa was heavily in his favor.

At a conference in Mexico that explored the use of entheogens (plants that permit us more easily to “talk with ‘God’”) I was annoyed when a friend spent lots of time talking to what looked to me – all slouched shoulders, Southern drawl and drinking a beer – like a perfect “redneck”; as we so frustratingly sometimes referred to those oppressing us.

She didn’t cave to my criticism, only saying: “that’s not the part of him – the “redneck” part – I was connecting with.”  This was a lesson I hope never to forget.  People have a right to connect with whatever part of other people that allows them to speak with and listen respectfully to them.  This ability is sorely needed in our world.  For instance: what if Biden and Putin went on a retreat of two or three days together and hashed out what is to become of a war between Russia and Ukraine that looks like it might lead to destruction of the world?

Black people, who are frequently charged with something absurd whenever we dare to step into a public forum we are deemed unqualified to enter, have been in America at least since the 1600s.  We have seen a lot and remember most of it.  The terror, for instance, that comes of being black people in racist white America, is literally in our cells.  Many of the people charging me – and other people of color with anti-Semitism – by comparison, and relatively speaking, arrived recently to these shores.

For many of them the idea that reptilian ancestry might be responsible for some of our worst trauma in America seems far-fetched.  They would doubtless be surprised to learn that “snake” i.e. reptilian, was a code word for many centuries that Black and Native Americans used for the human appearing beings who inflicted barbarous treatment on enslaved women, children, and men, for at least 400 years. And literal genocide on the Indigenous populations in the Americas amounting to hundreds of millions of deaths. What else would you call people who raped, starved, murdered, sold into slavery, chopped off hands, ears, penises, etc., and “strung up” people, and burned them sometimes alive and screaming, while eating snacks and laughing?

So though I am such a lover of myth that I dived into Icke’s work as if he were Joseph Campbell, the well known mythologist who taught at my college, Sarah Lawrence, I was soon considering the behavior of whites in the South, when I, my parents, and ancestors, were living there. Whites who seemed to have not one iota of soul, i.e. compassion. This led me to realize that this word too, “soul” was what black people used to identify their difference from the people who abused them without conscience and sometimes, most times, without thought. Certainly without feeling.  Reptilian behavior, for sure, by anyone who has ever observed snakes.

Where does it come from? This complete lack of compassion, of empathy, in some so-called “humans?”  As a country, as a world, why not consider the question?

I was brought up to love everyone. “Hate the sin but love the sinner.” That was my nature and, even as a child, I was never afraid to show it.  It was also the essence of the teachings of Jesus that was bedrock in our church. Black people remain remarkably compatible with this Jewish Palestinian from a world most, to this day, can barely imagine. Which is itself cause for wonder.

Realizing it would be impossible for us to automatically love white people who treated us despicably, we were rarely allowed in their presence.  My mother and father absorbed all of their racist arrogance and abuse for us, heads lowered and words few. Except when my mother was in a mood and some white man, who wanted his fields tended right now, tried to tell her it was useless to educate her children.

I feel almost in my mother’s position now.  I feel hounded by people I never get to see.  Accused by people who are not courageous enough to show their faces.  I once asked an anonymous voice accusing me from his seat to stand up.  I waited. He never did.  If someone like that is here tonight, please stand up.  You have a right to your opinion, just as I do.  And I ask the people in the audience to listen to you with respect.  If not respect for what you say, then for your right to say it.

Two months before my new book GATHERING BLOSSOMS UNDER FIRE: THE JOURNALS OF ALICE WALKER was published, my friend and editor, the incomparable Valerie Boyd, died of pancreatic cancer.  We knew her death was coming, but we danced the dance of hopefulness for about seven years.  Rather than read this piece about the charges against me of befriending the wrong person, and being anti-Semitic as well, I decided, along with my friend Beverly Guy-Sheftall who moderated the evening, to remain in a mood of gratitude, heartfelt sorrow and remembrance, and, ultimately, celebration.

Being accused of outlandish things is not new to any African American man or woman, or courageous white person or Native American of any sexuality.  We have only to study our history to see this is so. It is also not new that we have learned to respond in ways that make life bearable for us.  This is completely human and should not be judged.

I prefer to resist.  Because, as one of my characters comprehends as she  faces a firing squad for killing the old woman who genitally mutilated her as a child: Resistance is the secret of joy.

Om Na Ma Shivaya:  I bow to our inner light.

Wasichu (Wa–see–chu) is Sioux for “fat taker”  – one who takes everything of value (literally living off the “fat” of the land) while leaving behind despair, ruin and starvation. 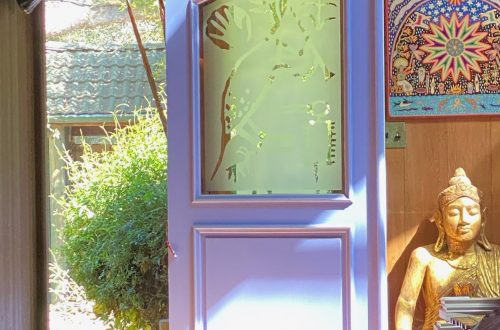 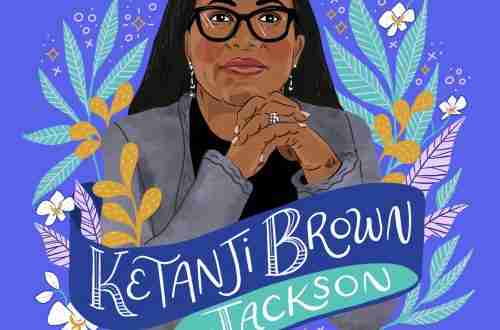 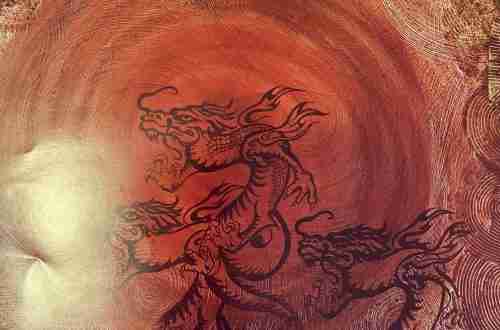