This piece turned up on my computer the day I was reading about the new film Queen and Slim; in which  both main  characters are black. Really.  I’m not sure where it is published; it seemed perhaps a timely look at how we might honor both our sounds and our looks.

Why write Speech you will never hear again?

In the first third of The Color Purple it is clear we are dealing with people who have creatively fashioned a language, a way of speaking, that is like a photograph of themselves.  Some have labeled this “dialect.” But if you do this you will notice that the actual people, with their full personalities, soon disappear beneath this dismissive term.  I prefer black folk speech.  Nothing diminished, but rather so much to praise!  Especially considering the hundred or more tribes in Africa from whom enslaved people were raided, plus the numerous European settler tribes in America whose languages the enslaved people had to negotiate, without benefit of education. Or kindness. That our people still managed to understand each other and to create humor and pathos and celebration out of whatever tongues they could, is a major achievement.  I really admire them for this.

Closer to home I wanted to remember my own grandparents, who died while I was in college, and found I could not do it without their speech.  They were not heavy talkers, but they did speak up, from time to time. Writing the way they spoke – not that I heard them say any of the dialogue I wrote for them – was a constant delight.  I sometimes woke in the middle of the night laughing at something a character was saying, or trying to say, through me.  I say “trying” because some of these folks were a bit racy. They reminded me that blues singers like John Lee Hooker and Ma Rainey didn’t come out of nowhere.  When The Color Purple was banned from some libraries or when parents and academics complained I thought:  well, yes, but if you only knew!

Another thing that I noticed (I had not read the book in a long time) is how often we are reminded that Shug Avery is black.  Meaning her skin is black.  By which I mean, to make it really clear: Shug Avery is as black as Miles Davis. Or Bessie Smith.  And this is important. Mister’s father, the son of a slave owner, is infected with colorism (white is best, yellow next, brown ok, black, not) that his son doesn’t have.  And this is a subtle message to the reader that for all his meanness there is a place of sanity in Mister’s twisted emotions and mind.  Not only had he married a black skinned woman (Harpo’s mother who was murdered by her would-be lover) but the woman he cheated on her with, Shug Avery, was also black.  What to make of this?  It’s about essence.  And I think the magazine Essence must have been thinking along these lines when it named itself.  How healthy can any of us be if we despise our racial essence?  Blackness.  Though of course, as in my case, with strong doses of English and whatnot thrown in. Still, it was my plucky African ancestor, May Poole, who, in a coffle with others similarly chained, walked from Virginia to Georgia carrying two children that probably weren’t hers, and eventually ended up in the Georgia countryside where I, over a hundred years later, was born.

Right off the boat, African. Black. Essence.  Mister, for all his craziness, somehow knew what he belonged to, when he encountered it. And of course it is probable his own mother was black. (As Miles Davis).  (I use Miles Davis because he was so incredibly cool and gifted and good -looking.  It pains me to know that he and many other deeply black, black skinned Americans, male and female, have suffered the colorism with which our culture is infected).

Only in the book is Shug Avery black skinned and devoutly loved; in a racist culture this represents a revolution in itself.  In the movie and in both versions of the play on Broadway she is brown or even very light brown.  Which reflects more of today’s aesthetics perhaps, where women who look anything but black or African are passing as both.  And black people, from what I can see, are letting this happen, as if every black girl can be razor thin, vacant, and blonde, just because that’s what’s being promoted as black.

Here’s the assignment: Make up dialog between the characters in The Color Purple about this situation.  Just to amuse yourself and those around you.  Then, moving on from there, create plays that you can perform wherever you are:  in your dorm, your living room, your mosque or church, your school auditorium.  Is having a racial essence meaningful to you? Or not?  Are you content with all your various racial parts?  Even the ones the media convinces you to constantly harass? Can you call them out and dance with them all?

Some of the white ones, like many of the black ones, are actually fun.  You discover that they like gardens, and dancing, and eating some of the very things you like. 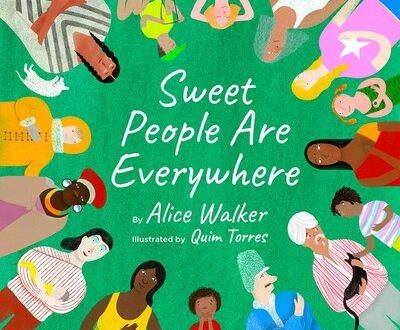 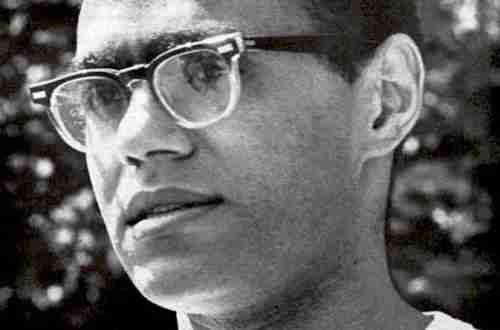 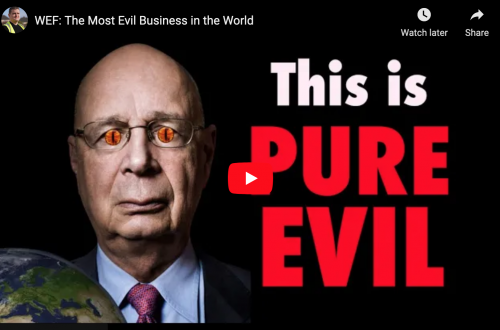 “WEF: The Most Evil Business in the World” Video