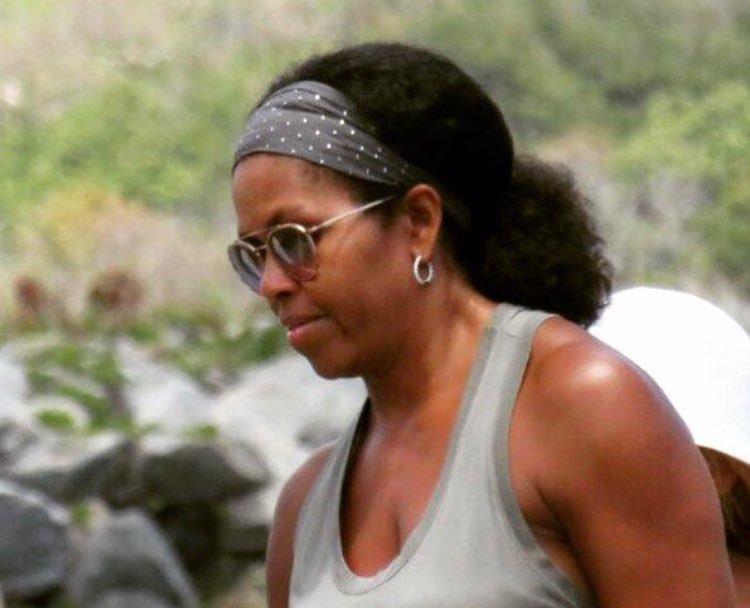 Someone wrote about The Color Purple that it is a novel of permanent importance.  This was such a lovely way to think about it!  I was charmed.  Even though I realize permanent might not be that long. However, while I was reading Michelle Obama’s book BECOMING I felt the same way: that it is a book of permanent importance.  We are not likely to see another black American First Lady in several lifetimes. And surely not one as solidly brave, thoughtful and candid as she. What a breath of fresh air from a direction gone stale with …well you name it.

And no, this does not mean I’m not still aware of the areas in recent memory where I am way off the political chart of most Americans’ thought – I see that more clearly as I age – but it seems to me Michelle Obama has offered us the chance of a lifetime to truly comprehend what it takes to attempt to lead a wildly dysfunctional country.  One that lies about its history practically every day, and therefore will probably never understand what it is.  A big, fat, corporation, that requires someone considered trustworthy, by the major shareholders, whoever they might be, to run it.

If we could collectively grasp this reality we might have a chance to create a country, an alternative reality,  that is also a community. We could be one people, and see ourselves like that.  No poor “strangers” living in the street, no “foreign” children shivering in cages, no old people crated away out of sight.  We would see color as the wonder that it is and women as the warriors they are, and children as the blessing that might save us. And many men as our decent brothers.   Actually, the Obamas, for all our criticism, and some of it was unworthy even of the very lost, offered us about the best that could be wrung from the ripped ill fitting toga of our “Republic.”

And that is what the reader can’t help but realize, reading or listening to Michelle Obama, as she carries us without embellishment through her days in the political rat race.  How can humans stand it?  Why must they? Humans are not rats, why must they be demeaned in this way?  Running for a chance to help us, but harming themselves, or frequently being harmed, in the pursuit.  And we, meanwhile, the public, trained to abuse anyone who sees our value and fights to enhance it.  And no, I am not saying anything that encourages a smug putdown.  I know what imperfection is.  But it no longer fazes me.  What I love is effort. Dedication. Trying to get something good for others even when they’re complaining and kvetching.

This to me is warriorship.  Going on when folks twist your words. Going on when they want you to be shorter, lighter complexed, with not quite such outstanding hips. Or, on the other hand, when they think you’re not even a woman! It was at that point, years ago, that I threw up my hands.  This beautiful woman, Michelle Obama, not a woman?  What I really thought about was how prevalent just her size, height, color, shape of woman was in my native community in Georgia. And how we adored Her. Perhaps this adoration was a casualty of integration, another idea we must collectively reconsider.

I am so grateful for BECOMING.  Among so many things, we have a chance to see what a healthy, solid, functioning black family looks like, and what strengths it can produce in its offspring.  Obama’s mother, and especially her father, offer us a rare look at a love of their children that is replicated by Obama and her husband.

One of the tragedies of our sojourn here as people of color- especially if we are poor, as so many of us are or were – is how each generation has suffered economic and social upheavals and desperations, so much so that parenting has too often been, as my daughter once said to me about my own, “neglectful.” That a parent can do all that she humanly can, and still be found lacking, is a great sorrow.  Too many of us have been there.  It is actually medicine, then, in BECOMING, to witness the lengths both Obamas go to be present and supportive of their girls. That the girls may grow up to blame them for something else entirely – well, there you have it.  The risk of parenting at all.

In Obama’s book there is no sign of that. Just as there is no sign of regret that she and her family gave all that they could give to the job of running a country.  One they left in better spirits than they found it, if still confused, if not dismayed, that America’s political structure could choose a Trump when a Sanders or a Stein was closer to where so many of us were.

Hi Son,
This piece you have sent to me re: Obama is well said.  I will attach it to the glowing review I gave her book, which is extraordinary but missing this important point – among others, no doubt, which I hope others will address.  I will also attach the original link.
I love you.
Alice

> In Becoming, Obama dismisses Wright’s experiences and viewpoints as him
> “careening through callous and inappropriate fits of rage and resentment at
> white America, as if white people were to blame for every woe.” She accuses
> him of viewing “race through a lens of cranky mistrust.” Wright and older
> African Americans, she says, became “cranky” because of legal strictures of
> segregation that gave rise to a “narrow mindedness” in matters regarding race.
> Obama goes on to conflate the bitterness of older African Americans with the
> racism of older white people, such as Barack Obama’s white grandmother who
> felt afraid of black men on the streets. That fear, she writes, “was a
> reminder of how our country’s distortions about race could be two-sided—that
> the suspicion and stereotyping ran both ways.”
> It is a diplomatic reading—but ultimately a clumsy effort to reach across the
> profound racial division in the United States. Consider the political
> ramifications of such a reading. By treating them as two sides of the same
> coin, Obama is equating African American anger—which is rooted in material
> deprivation and human subjugation—with white fear, which is rooted in racial
> stereotypes. These two worldviews are not the product of the same generational
> experiences and reducing them to such forecloses the possibility that African
> Americans could ever find real redress to the inequality produced by centuries
> of slavery and legal discrimination.
>
> Moreover, Obama’s reading reinforces the perception that African Americans’
> persistent demands against racism are not much more than “crankiness” or
> complaining. When combined with Obama’s own emphasis on striving as a way to
> overcome racial discrimination, this narrative reduces racial inequality to
> one of psychological impairment that can be overcome through sheer
> determination and a positive attitude. She fails to see how it was bitter
> struggle against real institutions that created the new world she was able to
> thrive in.
>
> Indeed, in Becoming, she details her endeavors to bring poor and working-class
> children into the White House so that she could personally encourage them.
> There are multiple examples of Obama using the power of her office to pluck up
> black and brown students here and there to, in her words, say, “You belong.
> You matter. I think very highly of you.” This is, without question, meaningful
> and valuable to the hundreds of young people who encountered Obama in person.
> Indeed, even the symbolic power of seeing a black president and first lady
> evokes the optimism that the Obamas often preach as antiseptic to the chaos of
> poverty. But, in reality, it also trivializes the enormity of the structural
> crisis and deprivation in communities such as Englewood. The crises in this
> country cannot be resolved one person at a time, and recipes for
> self-fulfillment cannot create the social forces necessary to transform
> neighborhoods.
>
> The point is not to impose onto or require a more radical viewpoint from Obama
> when she does not have one, but rather to expose her ultimately conservative
> message. Obama served as an inspiring role model—her personal story is
> extraordinary by any measure. But it is crucial for both her and us to
> acknowledge that it was made possible by the confluence of institutional
> changes and her own talents. For the children of Harper High and their parents
> who live with PTSD and other scars of urban and suburban life in the
> twenty-first century, we must reaffirm our commitment to the same kinds of
> institutional interventions—and beyond—that made her ascent possible.
> Another world is possible, but it can only be built through a collective
> struggle that Obama no longer sees as necessary. – Keeanga-Yamahtta Taylor
>
>
> http://bostonreview.net/race/keeanga-yamahtta-taylor-succeeding-while-black
>
>
>
> Labor is prior to, and independent of, capital. Capital is only the fruit of
> labor, and could never have existed if Labor had not first existed. Labor is
> superior to capital, and deserves much the higher consideration.—Abraham
> Lincoln 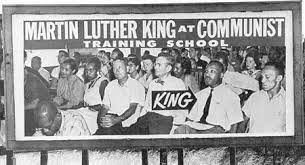 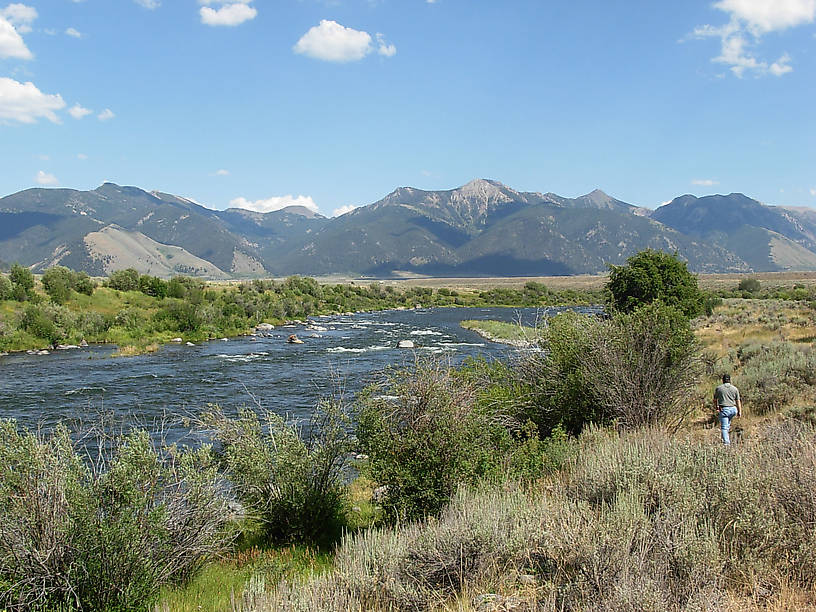 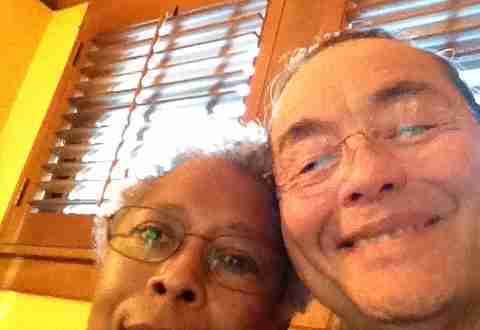