The US on Trial in NY: The Russell Tribunal on Palestine

Last week at the UN General Assembly, Barack Obama, President of the world’s most powerful country, exalted the United Nations and the ideals upon which it was built. Namely, that 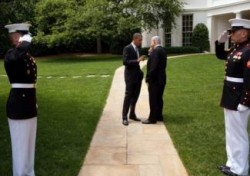 “people can resolve their differences peacefully, that diplomacy can take the place of war; and that in an interdependent world, all of us have a stake in working towards greater opportunity and security for our citizens.”

Yet, as global superpower and a veto-holding member of the UN Security Council, the US has perpetuated one of the most significant and enduring conflicts of the 20th century. By shielding Israel from accountability and by providing it with unequivocal diplomatic, economic, and military support, the US has severely reduced the chances of establishing peace and justice among Palestinians and Israelis. To the contrary, by enabling Israeli colonial-settler expansion and militarism, the US has inflamed tensions and entrenched chauvinistic ethno-national separatist ideals. But who has the audacity, let alone the ability, to successfully challenge the excesses of the global superpower? For the past six decades since Israel’s establishment, no nation, or group of nations, has been successful. Alternatively, like they have done in the past, ordinary people are taking a stab at it.

This weekend, the fourth and final session of the Russell Tribunal on Palestine will convene in New York to examine UN and US complicity in the denial of Palestinian rights. Its purpose is to serve as an international “people’s tribunal” and to “prevent the crime of silence.” It emulates the original Russell Tribunal founded by British philosopher Bertrand Russell, to investigate the legality of the US’s military interventions in Southeast Asia, namely in Vietnam and Laos. Russell explained, “We are not judges. We are witnesses. Our task is to make mankind bear witness to these terrible crimes and to unite humanity on the side of Vietnam.” This present-day effort seeks to unite humanity on the side of Palestinians and Israelis alike who share a vision of co-existence, equality, freedom, and dignity. The eminent jurists and witnesses, including Angela Davis, Roger Waters, Ronnie Kasrils, and Mairead Maguire will pay particular attention to the US’s detrimental role in the conflict.

Between 1949 and 2008, the U.S. provided Israel more than 103.6 billion USD in official aid, making it the largest recipient of U.S. foreign assistance since World War II. Israel has used this taxpayer money not to protect itself nor to promote co-existence but to bulldoze Palestinian homes, to uproot their olive groves, and to forcibly and violently displace Palestinian families so that Israel can build a colonial-settlement state for the benefit of Jewish-persons only. Since the beginning of the U.S.-brokered “peace process,” the number of colonial-settlers in the Occupied Palestinian Territory has grown from 100,000 to nearly 600,000 persons making peace and justice ever more elusive.

Rather than supplant war with diplomacy, between FY 2000 and 2008, U.S. taxpayer money was used to pay for 670 million weapons and related equipment to Israel, including the militarized D-9 Caterpillar bulldozer that ran over and killed American citizen and peace activist, Rachel Corrie. Israel has blamed Rachel for her own murder and the US did not blink an eye at the callous disregard of its own citizen who upheld those ideals attributed to the late Ambassador Chris Stevens.

President Obama rightfully decried the violence and intolerance that led to the murder of Ambassador Stevens and proclaimed that such behavior has no place at “our” United Nations. Yet, for the past six decades, and especially the last two, the U.S. has single-handedly undermined the authority and efficacy of the UN, whose purpose is to promote peace, security, and stability through non-forceful means.

Consider that in response to the Winter 2008/09 Israeli offensive against Gaza, the UN sponsored a fact-finding mission to investigate alleged war crimes and crimes against humanity and to settle the dispute using legal and diplomatic recourse. In response, the US Senate passed Resolution 138 and condemned the Mission. The Obama Administration went further and used economic and diplomatic pressure to coerce nations, as well as the Palestinian Authority, to restrict their support for the Goldstone Report.

Similarly, in response to the International Court of Justice’s Advisory Opinion declaring the route of the Separation Wall illegal for running through the Occupied Territory, the US Congress passed House Resolution 713 and condemned the ICJ ruling as abuse for a “narrow political purpose.” This is to say nothing of the US’s vetoes: between 1972 and 1997, the US used its veto 32 times to shield Israel from rebuke. This amounted to nearly half of the 69 vetoes the US cast since the founding of the UN.

By neutering the UN and shielding Israel from any form of accountability, the US has also engendered more intolerance and hatred among Israelis towards Palestinians. In late August, a group of Jewish-Israeli children attempted to lynch a Palestinian boy in East Jerusalem because he “made passes at Jewish girls.” How is it that we as a nation have overcome this same bitter and dangerous racism amongst whites towards blacks, and yet sanction it by our “closest and unique ally” whom we deem the only democracy in the Middle East?

This is not new. In 1985, as Black South Africans together with their allies globally rallied against Apartheid, President Reagan continued to sing the praises of our unique ally in Africa. The US categorized Nelson Mandela as a terrorist and did not remove him from its terrorist watch list until 2008. Like the destructive role it plays today, the US at the time used its veto to stonewall an international resolution to the conflict. In response, ordinary people in the US and across the globe united in a campaign of boycott, divestment, and sanctions against Apartheid South Africa until its dismantlement in the early nineties.

In the Palestinian-Israeli conflict, the US has demonstrated itself as unable and unwilling to broker peace and has become central to the problem. Alice Walker, a Pulitzer-Prize winning author and a jurist for the Russell Tribunal, explains “…the United States is complicit because it backs Israel no matter what. And I think this is corrupting, I think for our young people especially, to see that…justice in this case is never even thought about.”

The purpose of the Tribunal is to collectively think about justice as a civic community and to take the lead where our governments have proven inept and counterproductive. This final session of the Tribunal, with an emphasis on US complicity, is particularly apt since it points the finger at the conflict’s financier and enabler and inwards at the US taxpayers and voters who have the agency to do something about it. President Obama may have the microphone at the UN, but it is an American constituency that has the choice to lead where the government has failed.