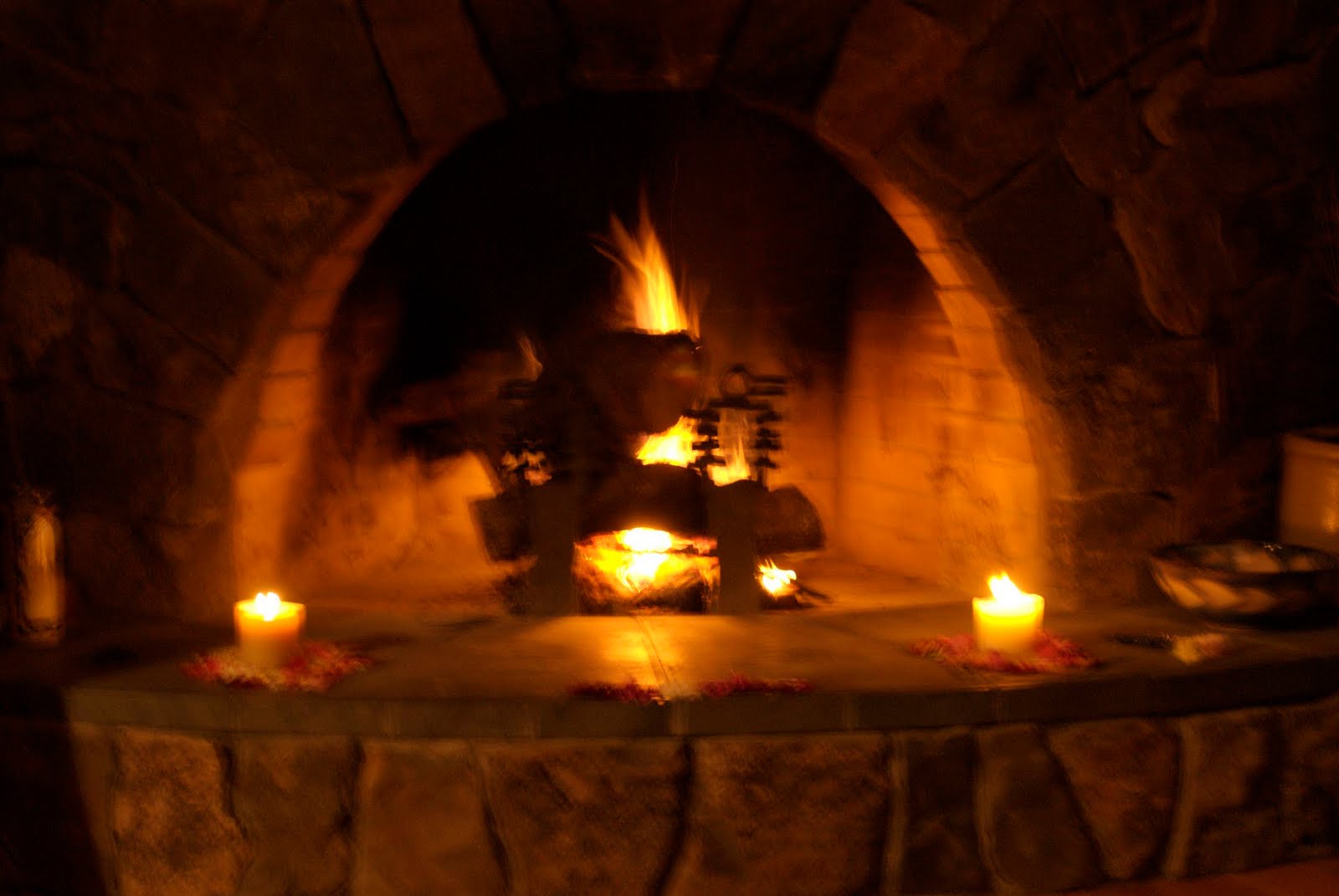 Photo and essay ©2009 by Alice Walker

Introduction to Palestine Inside Out: An Everyday Occupation
by Saree Makdisi: (Norton paperback release 2010)

I cannot begin my short prefatory note to this book without offering a silent bow of thanks to writers like Charles Dickens, Harriett Beecher Stowe, Frederick Douglass, Victor Hugo and others who, like Saree Makdisi, have had the courage, patience, will and love for humanity to endure the suffering of knowing what is happening to horrifically abused people in dire need of the world’s attention, and to write about them.  It has seemed to me, reading Palestine, Inside Out, An Everyday Occupation , that only a saint could bear to contemplate such cruelty and diabolical torture as Palestinians undergo on a daily basis under Israeli military rule, and only a warrior of compassion, a bodhisattva in fact, one who vows never to leave the earth until every suffering being is relieved, who could bring this knowledge to the conscience of the global community.  It is a heavy burden of caring about millions of dispossessed and outrageously wronged people that Makdisi has delivered.  It will be a mark of our own humanity if we step forward to help him, and others who care about the body and soul of our species, to carry it.

There were many times, reading this book, that I had to put it aside.  It brought up too many memories of being black and living in the United States under American style apartheid. The daily insults to one’s sense of being human. Not just the separate toilets and water fountains with their blatantly unequal lettering and quality of paint, but the apparent determination of the white population, every moment, at every turn, to remind any person of color, no matter how well spoken or well dressed, or how well educated or in what position of authority in the black community, that they were niggers , objects of ridicule, contempt, and possible violent abuse.  My parents dealt with this daily assault on who they were as human beings by rarely speaking of white people at all; this was their effort to protect their children from the most poisonous effect of an unpredictable and lethal domination, internalized hatred, which, they feared, might grow in their children as suicidal or homicidal violence, eventually turning on their parents, their communities and themselves.

After four hundred years of enslavement followed by over a century of brutal harassment and soul thrashing by white supremacists who had all along wanted only our labor or our land (when we, African or Native American people, possessed land) this internalized self-hatred kept people of color in the United States timid and bowed down with feelings of unworthiness and shame.  Like the Palestinians of the last Sixty years, since the coming of European Jews to settle in Palestine after Hitler and the Holocaust in the Thirties and Forties, or like the indigenous people of South Africa (or Africa in general) my people (African, Native American and Poor European) could not fathom, for the longest time, what had hit them.  After all, who could imagine it? There you are sitting by your own fire, living peacefully with your family and clan, never having harmed anyone (for the most part), praising and worshiping your own peculiar god.  In come a trickle, and then a flood of strangers.  First, you feed them, offer them a seat by your fire.  Let them admire your little ones.  Perhaps you generously teach them how to plant whatever grows around your compound.  Perhaps you give them a turkey to keep them from starving in what they persist in calling “the wilderness.”  Perhaps you lend them a starter set of goats. Living in the lap of generous nature, speaking generally, there is a certain kind of greed and stinginess that is quite beyond your understanding.

Way back in Europe, though, your “guests” have come up with a plan to assuage their hunger for more: more land, more money, more crops, more food, more things to buy and sell, and drawn maps that have your “territory” on it like a large pie, and they are busy dividing up slices of it.  You, sitting by your fire, your little ones clamoring for a bedtime story or another mango, date, olive or fig, are not on the map at all.  Coming back to your fire, the strangers smile at you, learn your language, as if respecting it, admire your culture.  But you notice they’ve brought strange gadgets that they use to measure things.  At first you and your neighbors laugh: these crazy people, you say to each other, why, they would measure even the sky!  But soon you do not laugh, because they have measured a road that goes right through your living room.  They have destroyed all the villages on one side of yours, already.  You did not know, because you couldn’t imagine anyone doing such a thing, and besides, you do not understand their language, though they, many of them now, certainly understand yours.  Why should you learn the language of your guests, you think.  For a long time it doesn’t make sense to make the effort.  And when you begin to understand that your guests are your enemies, it seems horrible to you to try to learn to speak their wicked tongue.

However, speaking the language of your enemy, and that of your enemy’s friends, turns out to be the key factor in this frightening drama, wherever it unfolds on the globe.  And it seems to be unfolding , or already has unfolded, on every continent, everywhere. That is a key reason Western Universities demand foreign language studies in their curriculums.

I think of my people: black people, red people, poor white people; none of them handled “the king’s English” for a very long time.  The Africans were not even able to speak their own languages to each other: members of the same tribe were never permitted to live together.  No wonder they made a hash of English, which they no doubt hated entirely.  The Indians, as eloquent as the Africans in their own languages, were assaulted with such ferocity that, even in boarding schools where they were forbidden to speak their own languages and forced to learn and speak English, they unconsciously mangled it, feeling it to be foreign and wooden in their mouths.  The poor Europeans, though, to save themselves, learned to speak proper English, supported as they were by a system that favored whites.  Advancement for them, as for the Jewish settlers in Palestine, was unlimited, if they could blend in, accepting the spoils of war against the indigenous and enslaved, with those in power.

This is an old, old story, and it is a terrifying one.  Can people who hunger so desperately for what other people have ever have enough?  One thinks of Hitler, of course, and Napoleon, of the American generals who fought wars of conquest against Mexico and Cuba and the Philippines.  Guatemala.  Iraq. Afghanistan. And countless other places we may never hear of.  Countless other peoples ground into the dust because their tent or hut, thei r children and their goats, sit on top of “resources” they’ve never imagined existed in the earth beneath them. The map makers have laid out the “territory” for their plantations: oranges, olives, peanuts, coconuts, rubber trees, cocoa.  They’ve discovered where there’s gold, or diamonds or coltan.  They’ve hired militia to see that you don’t give them any trouble.  They teach their soldiers to understand you are not really human, that they can do whatever they want with you, since what is really desired is your disappearance.

We must really ask, as humans, what is to be done about this hunger for more, this greed that is self-blinding.  It isn’t as if stealing from, humiliating, and murdering others means you have a lovely future for yourself.  Far from it.  The reason the scripture says “Do unto others as you would have them do unto you” is because our species, like other creatures in Nature, learn our behavior from each other.  It’s that simple.  If the behavior that we use is abusive, violent and cruel, then that is the behavior that will eventually come round again to us.  That is why the world is encircled with wars, small and large, and why so many humans are mistaken in the belief that they can be happy having raped, pillaged, murdered or destroyed someone else.

Happiness is what we really want, most of us anyhow.  Peace.  The ability and reason to feel joy.  This cannot be had except by living these qualities internally, infusing them into our social structures and relationships.  One has to decide, I think, what one’s task is on the planet, now that we know the planet is sick of our abuse of it and can continue quite well without our ungrateful presence. And that is what this book demands of us: that we make a decision.

It is a hard read, make no mistake.  You will think, while reading it:  I did not know this!  How could this be!  Why didn’t someone tell me!  I was blissfully happy without such knowledge!  And then too, I didn’t realize I was paying – with my taxes (over a trillion dollars since 1948) -for so much suffering in a part of the world I never think about!  You will think: Well, there’s nothing I can do!  It is too tangled, too insane, too entrenched, too threatening to my own sense of who I am and who “they” are!  Holy shit, you may declare, this is more than one person can contemplate!

And you are right.  Lone contemplation of any of the world’s problems is passé.  We must now contemplate everything that matters collectively.  What is required, however, is that we bear witness to the truth of what has happened to us as humans: witness to the deformity of humanity that we see all around us on the globe, witness to the patterns of destruction whose roots are in our own construction as human beings, witness to the story of the mother’s or father’s or child’s hurt and grief that will never make national headlines. This will require enormous belief in us as children of this Paradise, otherwise known as Earth.  That we do, in fact, belong here, and have a right to be here, unmolested and protected in our homes, churches, mosques, synagogues, temples of whatever sort, and schools.

We are designed, I believe, us human beings, to instinctively wish to protect and cherish each other. We must be taught – those who are not born sociopathic – how to be stonily unmerciful.  Bearing witness to the truth, however distressing, can be done by anyone, in whatever fashion this can be expressed.  Out of that witnessing, which Makdisi’s book allows any reader to do, will come something: a sharing, a thought, an effort, who knows what?  But it will add to the energy we need to shift humanity back on a track that once seemed perfectly clear: that human life is a supreme gift, no matter whose life it is, and must be appreciated, defended, and honored at all costs.