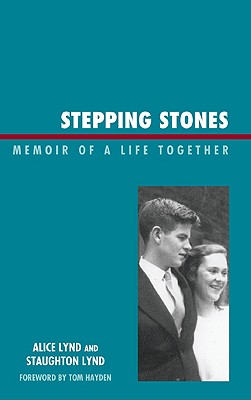 
Today I took down the wonderful photos and poems that surround me in my kitchen; they have been there, taped to my cabinets, for a number of years, giving me encouragement and strength. However I found it impossible to take down a Walt Whitman statement about what we “shall” do; and a teaching about the settled mind byWang Chongyang.  I also could not bear to remove a poem and comment by my former college teacher (of history) Staughton Lynd (A new book about him called The Admirable Radical was just released) and his wife, Alice Lynd.  Staughton Lynd was a major opponent of war in general when I was his student in Atlanta in the Sixties, and of the war in Vietnam in particular.  Since that time Alice and Staughton have become lawyers representing workers in the steel mills of Ohio.  They have also befriended  Mumia Abu-Jamal.

Each year around Winter Solstice they send out typed life/soul rafts made of words. These two pieces showed up in my mailbox some years ago. Though I have not seen the Lynds in decades, the purity of their lives and the integrity of purpose they have exhibited over the long haul, teach and encourage me still.
Both the poem and the brief comment that follows it seem prophetic in the most thoughtful of ways.  I remember the night Barack Obama (for instance) was elected president.  I stood in my kitchen beneath this poem and was grateful to have this “belief” as part of my world.  That election was only the beginning; it was to show us what we can do, not by any means what we have ultimately achieved; directing us beyond any of our current disappointments and fears.
We Believe
© 1990s by Staughton and Alice Lynd
We believe
Not only in the lengthening of days
And the return of springtime,
But in sudden reversals,
Unexpected triumphs.
We believe in the restoration
Of trust between friends,
And in the ability of ordinary folk
To puncture public lies.
We believe that the way to be safe
Is not to enclose ourselves in walls
Of cash and property,
But to live in solidarity
With those who need us.
How can we give the Good
More chance to prevail?
What can we add
To the chemistry of change?
Surely, first, persistence.
Prisoners are obliged to learn it.
How many times did Nelson Mandela
Reach for his shovel in the limestone quarry?
Soon Mumia will have been behind bars
More than Mandela’s 27 years.
“Keep smiling,” we told
The man serving two life sentences
For crimes of which he may be
Completely innocent.
He replied “I have to.
But inside my heart is broken.”
So
While we seek to persist,
To be dogged, to stay strong,
We must also be open every moment
To that which only yesterday
Seemed impossible,
To transformations
Of quantity into quality,
To the instantaneous advent
Of the unimaginably new.
Staughton and Alice Lynd
The good we secure for ourselves
Is precarious and uncertain
Until it is secured for all of us
And incorporated into our common life.
Staughton and Alice Lynd