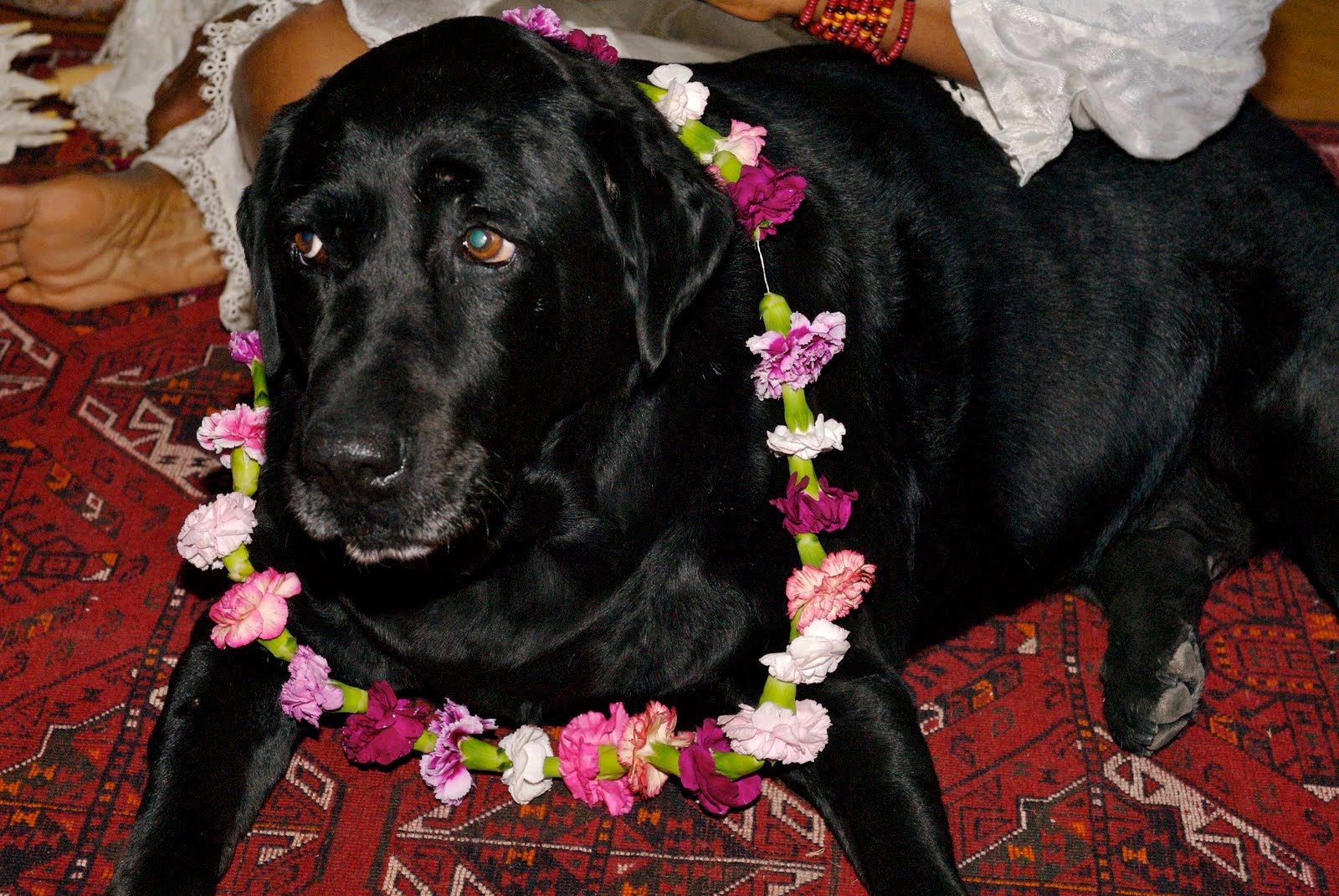 I realize you and your mother have been hurt and embarrassed by the infidelities and bizarre behaviors of your father. This is a common problem for many. Because your father is famous, you may feel exceptionally exposed, but be assured there are millions of wives and children feeling as sad, confused, angry and distraught as you do. I know you are lonely for your father, and that you love him too. Loving our parents is natural, and I would advise, whatever else you do, that you not fight this natural tendency to care about one of the persons responsible for delivering you to this world.

Where were you before? And what were you doing? You may wonder.

I tacked on these questions to remind us how huge the mystery of all behavior really is.

Once, I was so angry with my own father, and embarrassed by him too – he dared discuss my dating life with my mother in front of me, when I was a teenager, as if I were not there; plus he had personal habits that filled me with distress – that I didn’t speak to him for a year. It was the hardest thing I’ve ever done, and at the end of the year I felt as though I had seriously damaged my heart. Which might be true. Only later I realized, whatever his faults, this was someone who loved me, and in our culture it is still difficult, fathers and mothers alike, to know what to do when a young girl sprouts breasts or a boy grows a beard and starts talking all the time about “going out.” My father, by then exhausted as the parent of eight children, had insulted my integrity, I felt, by distrusting my ability to take care of myself. But from his point of view, as a man, he was probably doing the best he knew. My inability to understand this, and far more, when I was younger led to a great deal of regret and a couple of bouts of literal wailing as the years rolled on.

I happen to like your father’s name. I wish more of us, not just indigenous people, would name ourselves after animals and plants. Even so, you might wish to consider the option of non-attachment to this parent by removing his name, if the stress of attachment is too great. One way of doing this, later on when you are older, and for your mother, when she is not upset, is to change your name. You could easily change your name to that of a tree or trees, for instance. Then you would be known as Ms. Or Mr. Pines or Oak, but would not be named for the entire forest. There is power in names, and it would not be favorable, as the I Ching would put it, to labor a lifetime under a name that stresses you. Besides, if you chose a tree (which is a kind of earth parent: it helps us breathe) you would remain connected to the forest in a simple and elegant but entirely impersonal way.

You may wish to read this paragraph once more. Wishing a measure of privacy for you, I am writing in a kind of code.

Sometimes people think that demanding and receiving an unnecessarily large sum of money from someone who has harmed us will help us feel better. I don’t see how this could be true, though I have never been in the position to have this experience. It is right to require a parent, if he or she can afford it, to offer all that you need for healthy growth – love and affection, food and shelter, education and travel; even a down payment on your first house – and in your case this could be substantial. Your mother should be well compensated also. Giving birth is not easy, and raising even one child, in our consumerist, violent, gadget-addicted society, takes more than many women are able to offer. Proper child rearing is heroic, largely unappreciated work, and this is a global situation; though you, as wife and mother, may be feeling alone, presently, with this awareness.

Personally I have felt happiest living on money I earned myself, though when I was married and my husband made more money than I did, it felt wonderful to pool our unequal financial contributions as we went about spending money on such things as a car for me (in which I drove to work in a poorly paid appointment at a local college) health insurance, and excellent professional attention to my poverty stricken teeth. I was raised by my parents to understand that work mattered, and that learning to save what I earned mattered also. I think there is a danger, in accepting quite a lot of money from anyone, of becoming disconnected from the masses of people who work for a living, and they/we happen to be most of the folks living on the earth. It is often our work that keeps us juicy and capable of having opinions about some of what goes on for the majority of our sisters and brothers, ourselves; confident in the ability to freely express what we observe.

None of this may apply to you. It isn’t as though I’m following your journey through this passage in your life. And it is only a passage. I’ve seen a clip of a few seconds of your faces on a television that was on in an airport. (I don’t understand why they torture us with TV in airports). I wrote an open letter to your father/husband some weeks ago and a friend, concerned for you, as we all should be (and for all parents in your situation) said: What would you say to his wife and children? At first I thought I was not called to say anything to you. Presumably you, the wife, are from a different land, and have a family, a country, and a culture, which will support and cushion you and your children. For people of obvious mixed culture and race in America it is harder, sometimes, to find the inner compass we all must steer by, because the outer compass, our very Being in a divided society, is so confusing. That was part of my thought in writing to your husband/father, whom I also do not know. And, I must admit, I was thinking of Michael Jackson. It has seemed to me billions of people the world over, and over decades, clapped and sang and danced along with him as he hovered on the edge, obviously lacking counsel from elders that might have prevented him from going over the cliff.

In some ways, the counsel to you is the same as for the Formerly Cherished: there is healing in Nature, turn to it. Let your heart remain open, even if having it break is the only way to do this. Time passes, and pain does too. Meditation helps. This is a birth experience while it is also a death. You will all be reborn as other than you were; there is every possibility of great excitement, amazement and joy, in this. Who knows, you may find it is your habits with each other that will change, and not, ultimately, the configuration of your family; errant spouse included. This may seem unlikely, but where there is love anything can happen, and usually does.

Ok, this was my “Dear Abbey” paragraph.

In my experience the only thing that prevents joyful rebirth, with or without original participants, is inability to forgive. There are practices that help with this. One I can wholeheartedly recommend for opening the heart is tonglen, a Tibetan Buddhist meditation that works I would think even with children, if they are old enough to enjoy sucking in their breath and imagining that by doing so they’re clearing all the smoke out of a room! If they can also grasp the concept of inhaling their own hurt feelings fearlessly, and exhaling what they’d prefer everyone on earth to have instead: joy, happiness, a new pony! (For me it is always a peaceful walk on the beach). There is a CD set from Sounds True on which to find instruction: Awakening Compassion, by Buddhist nun, Pema Chodron. The teaching is droll and thorough, fun to hear, even if the practice doesn’t stick.

For stranded moms, dads, kids and anyone going through a tough time, I would also recommend living with a dog and cat. One of the greatest teachings from animals that seem qui
te different from each other is how readily and easily they can learn, most times, to get along. And especially with dogs, how quickly they forgive. I find myself sometimes thinking of my friends and myself as dogs, when we are sharing a difficult period with each other. Dogs tend not to outlive us; my own dog Marley Mu, recently died at the age of thirteen. She seemed always to grasp, by steadfastly loving, licking and sniffing, me, something that appears hard for humans to comprehend: we’re all headed in the same direction; toward the non-existence of the bodies and personalities we presently claim. There is not a moment to waste! How long would dogs carry on this nonsense? I ask myself, realizing I do still care for my friends with whom I’m feeling at odds. Maybe five seconds, I answer, learning to breathe and to let nonessentials fade.

Dogs have an undeserved reputation for being faithless because they’re curious, loving, eager to please and non-discriminating. They will stick their noses anywhere. Men who do this are sometimes called dogs, some women too. Where does nature, human and non-human come in? This aspect of infidelity is worth considering, too.

It probably goes without saying, but especially during times of great emotional challenge find company with those who embody the equanimity and growth that you seek; and who understand that a focus on revenge by it’s nature distorts one’s view of life.

A book that might be useful in exploring the backdrop to mixed race and culture in America is The Hemingses of Monticello: An American Family, by Annette Gordon-Reed. This book is so well done that one says, reading it in wonder: This could not have been done better. It is like something that grew (an old cactus, maybe, with one bloom every hundred years) rather than something that was painstakingly researched, written and pieced together. Or maybe reading it is like peering through a microscope at the bark of a very old tree. If there was ever an American ancestral founding family that deserves our compassion, the Hemingses/Jeffersons are that family. I would also recommend my favorite CD by Nina Simone, Baltimore, which, in a way, is a compilation of songs about family, and one song in particular expresses a double belief: “Looks like only God can save the family,” the chorus, and, in Nina’s voice “Looks like even God can’t save the family.” However, if God is love, as many believe, what’s left is our own hard work.