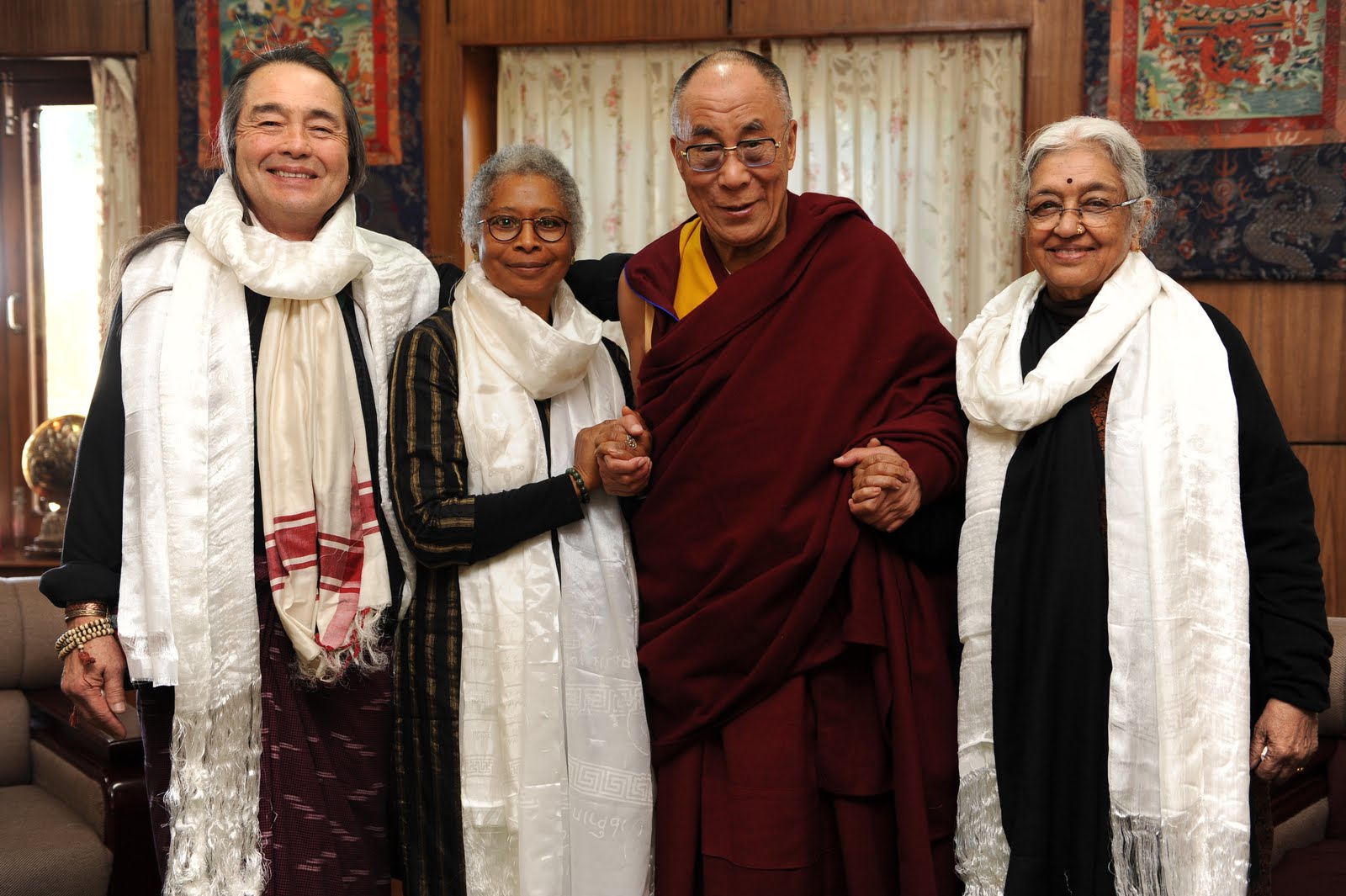 Dear Girls, Mommy is missing you terribly, even while she is having a wonderful adventure; So many new ideas to digest, so much good food to enjoy. In India it is easy to be vegetarian because the Hindus who live here don’t eat meat. Some of them do, I guess, along with meat-eating Muslims, but there is a tradition of non-harming and non-meat eating among them, which makes a Hindu person pretty safe for chickens. Though some of them are quite violent against other humans. Alas! Which reminds me of your aunt Pratibha, Hindu born, when she came to visit and make her film. She said to me as I was extolling your virtues: Do you still eat chickens? And I said to her, truthfully: Yes, about ten of them a year, some years; other years I might eat none; but I brush my teeth and gargle before coming down to hang out with mine. She laughed, but I have felt the seriousness of the question. So on this pilgrimage, as I’ve visited Gandhi’s cremation site, and then the place where he was martyred, and while I was led around the grounds by his granddaughter, Tara, whom I liked instantly, the way I liked you when we first met, I’ve determined not to eat the flesh of any creature, and certainly not chicken. I managed pretty well, because in addition to having this intention, I found I was drawn to the delicious variety of vegetable dals and curries that is the foundation of classic Indian cuisine.

Once, on a plane from Delhi to Bangalore the flight attendant handed me a chicken curry by mistake and I bit into it. I ate a tiny sliver and could go no further. The only other time was at a dinner in our honor in Dharamsala with the political leader of Tibet in Exile, Prof. Rinpoche. Tibetans don’t seem as dedicated to vegetarianism as Hindus, perhaps because in the Himalayas, which has a short growing season for grains, animals are traditionally raised for human sustenance, as they were in my childhood and as they are in many areas of the world. I bit into a gravy-covered piece of chicken that I thought was a mushroom, but recovered myself quickly and left the uneaten portion on my plate. It is my hope that this piece of uneaten chicken did not go to waste, after the sacrifice of the chicken’s life, but that some dog – of which we’ve seen many in Dharamsala – would be the beneficiary.

We spent part of Christmas day with a human much loved by many, His Holiness, the Dalai Lama. I don’t know if he eats chicken, but as a boy his family ate pork; he tells a funny story about that, and about how much he enjoyed it. He’s very honest and down to earth about things, including eating. I find his attitude, about much of what we might consider our shortcomings, forgiving. I don’t know what one would have to do to fall completely outside his grace. How relaxing this is! I wanted a blessing on an upcoming attempt to hold a freedom march in Gaza, where 1.5 million humans are confined in a tiny space you would find intolerable, and also to ask his counsel on what the world can do to free Aung San Suu Kyi from the generals in Burma. He laughed as he spoke about the Myanmar (Burmese) generals – that they are so obviously dominated by the Chinese government – and advised working with those Palestinians and Israelis who all along have been working together to bring peace to their land; to strengthen our connection, and offer support and encouragement, to both peoples.

This seemed wise to me and it is the commitment and discipline also of CodePink, the women organizers of the march, as well. If we choose one people over the other, forgetting there are peacemakers in each group, we risk harming people who are really our allies and friends.

But that is not what I wanted to write you about. I wanted to tell you how odd it is to experience Christmas in far away lands. It is a strange holiday anyway, perhaps the strangest; devoted almost entirely to buying and selling; you would not understand it at all. Probably. Though you might enjoy leftovers from the gigantic dinners that are prepared, if they were still crunchy and not cooked to death. It is a day supposedly celebrated as the birthday of a venerated spiritual teacher, a person I happen to love very much; you would have liked him too, though I’m sure he ate everything, including chicken and the lamb he is sometimes depicted holding; and though he lived quite a long time ago. His name was Jesus, and he was from the same part of the world where we are planning to hold the freedom march; it has been a problem area, with groups of people dominated and treated badly, for some time. To try to connect the people frenetically shopping to the life of this person who grew up to teach tolerance and love, and who never shopped, going by his clothing, the current holy men come out in droves. The main one is called the Pope and he zooms around in something called a Pope Mobile. The few times I saw a television in India, usually while in transit in airports, he was everywhere. In newspapers too, there were endless pictures of him.

Guess what happened, though? Whenever I looked at an image of The Pope, he turned into One Of You! What fun this was! You were dressed as you always are; splendidly; in your iridescent feathers and vibrant red combs; only now you also wore a pointed white cap covered with jewels.

I realized, later, while visiting temples of thousands of Buddhas and Lamas and Goddesses, all graceful and intense, that as far as I’m concerned, You are missing from this realm. Not one chicken memorialized and worshiped in all these shrines. I don’t understand it. With your flesh and eggs, surely holy, you feed the world. Yet no one bows to you. How can this be?