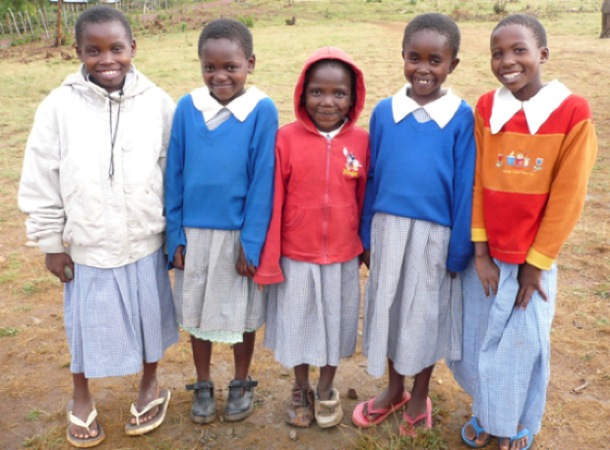 Adopting An Orphanage
©2009 by Alice WalkerAlice thinks Africa is a magical and worthy Mother of Humanity, whatever may be happening there; and she has had the honor, and the pain, of experiencing Mother Africa in some of its most challenging situations. She has ceased trying to explain, even to herself, why the eyes and smiles of African children never leave her, or why the quiet strength and tender wisdom of African elders stir her emotions. Or why her friends, the writers and artists, musicians and dancers of Africa strike her as human miracles. Like so many contemporary people Alice’s ancestry is mixed: African, Native American, European, and yet it is Africa that seems to have a permanent call to her heart.Alice went to Africa for the first time as a college student, in 1964, under the auspices of The Experiment in International Living. In a remote village in Kenya, she and her companions built a school for the local children out of sisal stalks,the only material available. Later she would return to Africa to research the practice of Female Genital Mutilation, which led to a novel POSSESSING THE SECRET OF JOY, a film, WARRIOR MARKS: The Sexual Blinding of Women (directed by Pratibha Pamar) and a book by the same name. She would return many times to monitor the advance of the abolition of FGM and to visit her friends.Alice’s belief in education is total, having been raised in a poor, highly intelligent family in which education was prized almost as much as food. Her parents led the effort to build the first school for black children in their community: it was immediately burned to the ground by descendants of slave-owners who wished to keep tenant farming families ignorant. She has understood, since her first visit to Africa, how the West has used African labor and resources to enrich its own people, while leaving Africa with less than it needs to support and sustain itself. The “mystery” of Africa’s poverty, its lack of a strong, well educated middle class, has never been mysterious to her.Alice has found the reality of upwards of 12,000,000 orphans in Africa, whose parents have died of AIDS, especially hard to wrap her mind around. For a while she thought her obligation was to adopt at least one, possibly two, of these children. However, thinking rationally, this did not seem feasible, given Alice’s age and her great distraction of mind, which has often been pointed out to her.Once, while in Rwanda, she met a young boy, David, whose mother Vestine, she was supporting through the organization WOMEN FOR WOMEN INTERNATIONAL. Vestine’s family had been murdered, Vestine has AIDS. There were four children living in a mud apartment whose dust was so thick that Alice, having spent only an hour inside, coughed for weeks afterward. David was twelve years old but looked five. He had never had enough food to eat. He was, in spite of all this, gorgeous, and he and Alice took to each other immediately. He owned only one toy, a truck so tiny it fit his hand; he could close his fingers around it. This toy made him happy, as did walking with Alice to the vehicle that carried her away from him. Take me with you, he cried. Alice didn’t know how to take him with her; nor how she would manage to take care of him, if the Rwanda government would let him go. His voice, however, haunted her. It does still. It always will.What to do?Maybe instead of adopting an orphan, she finally thought, I can adopt an orphanage. And she tried a couple on for size. What was missing, in each case, was a sense of connection with the adults running the orphanage as well as with the children. At one orphanage in Kigali she was sent a bank number, for deposits, but no word of how she might learn the day to day activities of the children. Or see pictures of them. At another, pretty much the same. It was only when she met Kwamboka Okari, whose niece was already a friend of Alice’s in Berkeley, and they talked over dinner, that she realized that, perhaps, she had found her orphanage.
The Margaret Okari Children’s Foundation.Alice realizes that Earth is in dire straits, and that there is everything to be done, but she also knows the earth is forgiving and very willing. If everyone does even a little, all that needs to be done will be done. This is clear to her from her own life as one small being from one small place in the world, but with a belief in service inherited from her parents, and a deep love of people, and a faith in them, that she apparently brought in at birth.Adopting an orphan still appeals to her. After all, as we say these days: Sixty-five is the new Fifty. If one appears, she will receive it with joy. But if one does not, she is happy to be Auntie to any number of children in orphanages, having adopted the institution itself as guardian of the child.—Alice has written some thirty books(four to be published) and received numerous awards, but nothing comes close to the fe
eling of happiness she receives from knowing she has helped one little Being climb onto her/his bed at night, with a full tummy, with dreams of new books to read and new sums to configure, when morning comes. 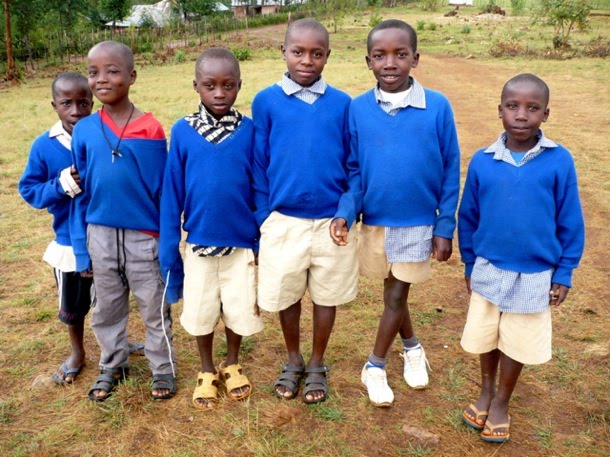 Join us for a delightful afternoon conversation with Author, Activist and Visionary, Alice Walker in Sonoma County on Sunday, October 25, 2009. Click on the link below the image for more information about the event and to purchase tickets.

A CONVERSATION WITH ALICE WALKER